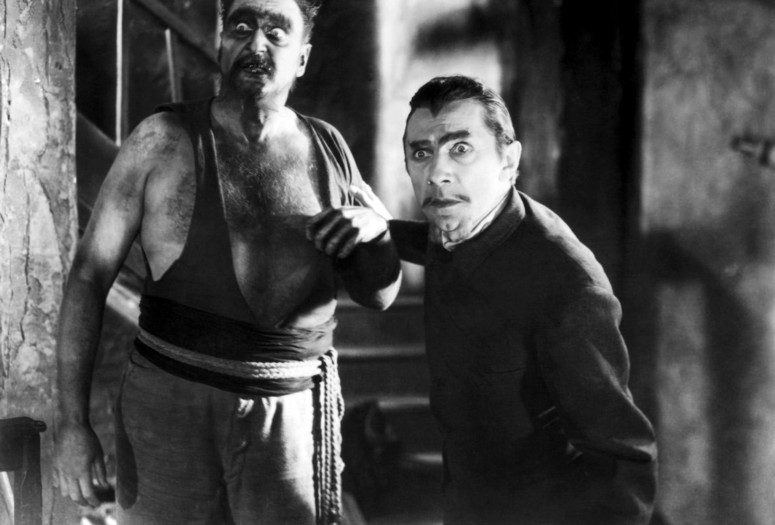 White Zombie is a 1932 American pre-Code horror film independently produced by Edward Halperin and directed by Victor Halperin. The screenplay by Garnett Weston, based on The Magic Island by William Seabrook, is about a young woman’s transformation into a zombie at the hands of an evil voodoo master.

A young man turns to a witch doctor to lure the woman he loves away from her fiancé, but instead turns her into a zombie slave.

On arrival in Haiti, Madeleine Short reunites with her fiancé Neil Parker, with imminent plans to be married. On the way to their lodging, the couple’s coach passes Murder Legendre, an evil voodoo master, who observes them with interest. Neil and Madeleine arrive at the home of the wealthy plantation owner, Charles Beaumont. Charles’ love of Madeleine prompts him to meet Murder secretly in Murder’s sugar cane mill, operated entirely by zombies. Charles wants to convince Madeleine to marry him and solicits Murder’s supernatural assistance. Murder states that the only way to help Charles is to transform Madeleine into a zombie with a potion. Beaumont agrees, takes the potion, and surreptitiously gives it to Madeleine. Shortly after Madeleine and Neil’s wedding ceremony, the potion takes effect on Madeleine, who soon dies and is buried. Murder and Charles enter Madeleine’s tomb at night and bring her back to life as a zombie. In a drunken state, a depressed Neil sees ghostly apparitions of Madeleine and goes to her tomb. On finding it empty, Neil seeks out the assistance of the local missionary, Dr. Bruner, who recounts how Murder turned many of his rivals into zombies, who now act as Murder’s closest guardians. The two men journey to Murder’s cliffside castle to rescue Madeleine.

At the castle, Charles has begun to regret Madeleine’s transformation and begs Murder to return her to life, but Murder refuses. Charles discovers he has been tainted by Murder’s voodoo and is also transforming into a zombie. As Neil enters the fortress, Murder senses his presence and silently orders Madeleine to kill Neil. She approaches Neil with a knife, but Bruner grabs her hand from behind a curtain, making her drop the knife and walk away. Neil follows Madeleine to an escarpment, where Murder commands his zombie guardians to kill Neil. Bruner approaches Murder and knocks him out, breaking Murder’s mental control over his zombies. Undirected, the zombies topple off the cliff. Murder awakens and eludes Neil and Bruner, but Charles pushes Murder off the cliff. Charles loses his balance and also falls to his death. Murder’s death releases Madeleine from her zombie trance, and she awakens to embrace Neil. 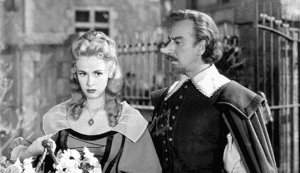 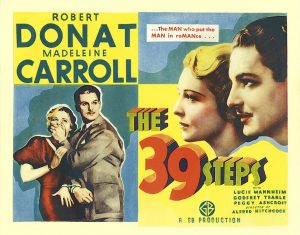 A man in London tries to help a counter-espionage Agent. But when the Agent is killed, and the man stands accused, he must go on the run to save himself and stop a spy ring which is trying to steal top secret information.