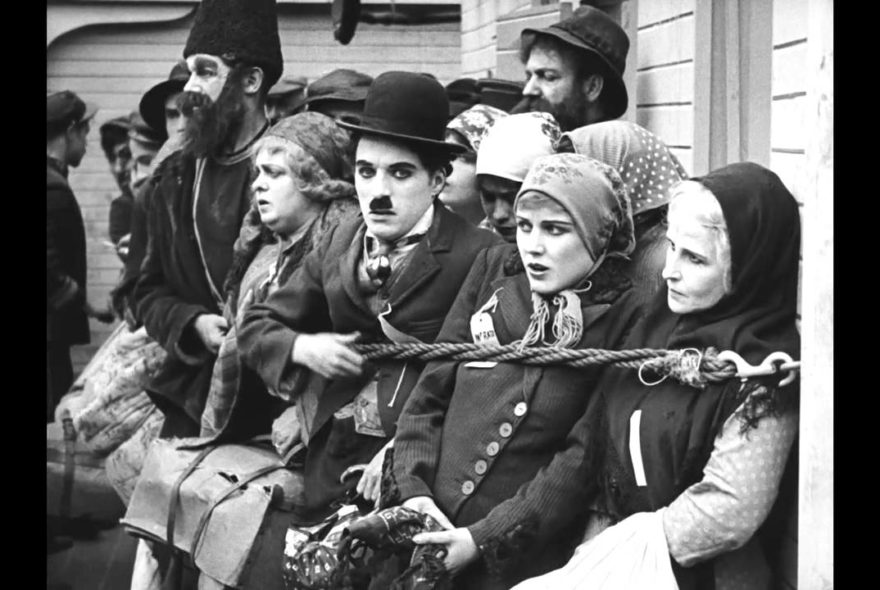 The film begins aboard a steamship crossing the Atlantic Ocean and initially showcases an unnamed immigrant’s misadventures, the Little Tramp (Chaplin), who finds himself in assorted mischief. The scene opens with Charlie bent double over the side of the ship, appearing to be seasick. Then it is revealed he is only fishing.

Much humor is derived from the heavy sway of the boat, with much sliding around the deck.

Charlie, among other things, plays cards, eats in the mess hall and avoids seasick passengers. Along the way, he befriends another unnamed immigrant (Purviance) who is traveling to America with her ailing mother. The two have been robbed by a pickpocket who loses the money to the Tramp in a card game. The Tramp, feeling sorry for the two penniless women, attempts to secretly place his winnings from his card game in the woman’s pocket but ends up being mistakenly accused of being a pickpocket. The woman manages to clear the Tramp’s name. Upon arrival in America, the passengers stare at the Statue of Liberty but once landed, the Tramp and the woman part company.

Later, hungry and broke, the Tramp finds a coin on the street outside a restaurant and pockets it. He doesn’t realize there is a hole in his pocket, and the coin has fallen straight through and is back on the ground. He enters the restaurant, where he orders a plate of beans, at first eating one bean at a time. There, he is reunited with the woman and discovers her mother is dead. The Tramp orders a second bowl of beans for her.

As they eat, they watch the restaurant’s burly head waiter (Campbell) and other waiters attack and forcibly eject a patron who is short 10 cents in paying his bill. The Tramp, intimidated by the waiter, checks and now realizes he has lost his coin. Terrified of facing the same treatment as the man he saw thrown out, the Tramp begins planning how he will fight the huge man. However, a stranger enters, flaunting the coin he found outside. When the headwaiter takes the coin, it also falls from his pocket onto the floor. The Tramp then makes many failed attempts to retrieve it without notice. He finally retrieves the coin and nonchalantly pays the waiter, only to be thunderstruck when the waiter reveals the coin to be fake. Once again, the Tramp prepares for the fight of his life. Just then, a visiting artist spots the Tramp and the woman and offers them a job to pose for a painting. The two agree. The artist offers to pay for the Tramp and the woman’s meal, but the Tramp declines the offer several times for reasons of etiquette, intending to accept the artist’s offer eventually; however, he’s dismayed when the artist does not renew his offer to pay at the last moment. The artist pays for his meal and leaves a tip for the waiter. The Tramp notices that the tip is enough to cover the couple’s meal and, without the artist noticing, palms the tip and presents it to the waiter as his payment for his and the woman’s meal. As a final riposte, he lets the waiter keep the remaining change – one small coin – after paying his bill. The waiter thinks the artist himself has given no tip whatsoever and is upset at this supposed action.

Afterward, outside a marriage license office in the rain, the Tramp proposes marriage to the woman, who is coy and reluctant until the Tramp physically carries her into the office while she waves her arms and kicks her feet in protest. 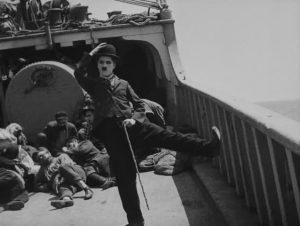 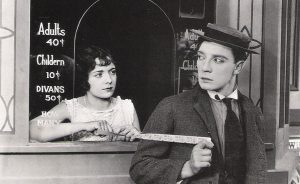