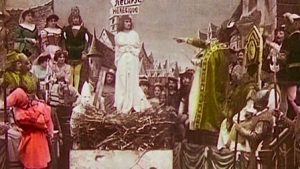 Joan of Arc (French: Jeanne d’Arc) is a 1900 French silent film directed by Georges Méliès, based on the life of Joan of Arc.

At the Siege of Compiègne, Joan is taken prisoner while her army attempts to storm the castle. In prison, Joan has another dream in which she sees her visions again. Taken to the interrogation, Joan refuses to sign a retraction, and is condemned as a heretic. In the Rouen marketplace, Joan is burned at the stake. The wood carrier at the execution, bringing in fuel for the burning, dies on the spot from the fumes. In a final apotheosis scene, Joan rises to heaven, where she is greeted by God and the saints. 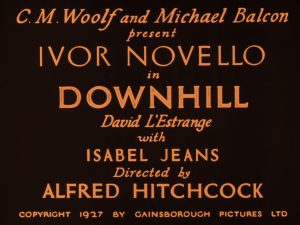 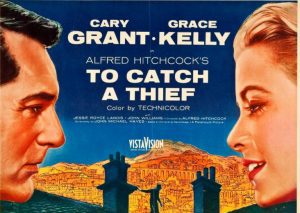