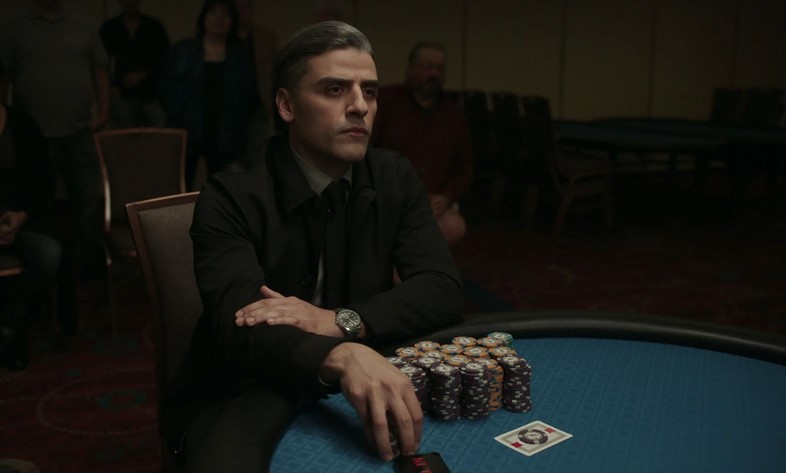 The Card Counter is an American crime drama film written and directed by Paul Schrader. It stars Oscar Isaac, Tiffany Haddish, Tye Sheridan, and Willem Dafoe. Martin Scorsese serves as an executive producer.  It had its world premiere at the 78th Venice International Film Festival on September 2, 2021

William Tell just wants to play cards. His spartan existence on the casino trail is shattered when he is approached by Cirk, a vulnerable and angry young man seeking help to execute his plan for revenge on a military colonel. Tell sees a chance at redemption through his relationship with Cirk. But keeping Cirk on the straight-and-narrow proves impossible, dragging Tell back into the darkness of his past. 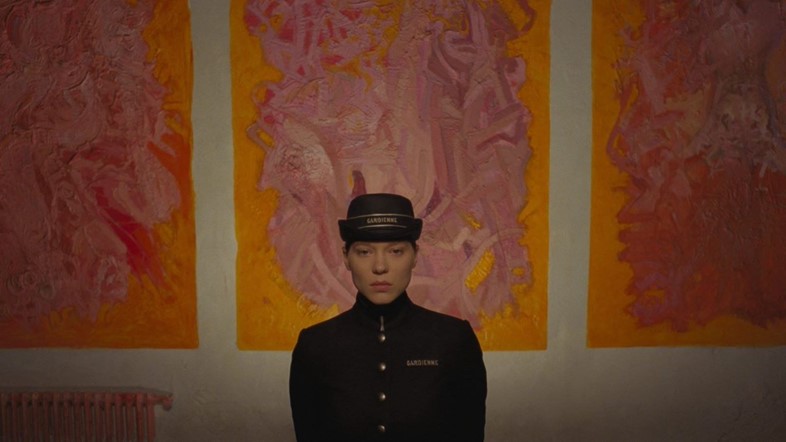 The French Dispatch is a 2021 American anthology comedy film written, directed, and produced by Wes Anderson from a story he conceived with Roman Coppola, Hugo Guinness and Jason Schwartzman. It features a large ensemble cast and follows three different storylines as the French foreign bureau of the fictional Liberty, Kansas Evening Sun newspaper creates its final issue.

The first segment, “The Concrete Masterpiece”, follows an incarcerated and unstable artist, and stars Benicio del Toro, Adrien Brody, Tilda Swinton and Léa Seydoux. The second, “Revisions to a Manifesto”, is inspired by the May 68 student protests, and stars Frances McDormand, Timothée Chalamet, and Lyna Khoudri. “The Private Dining Room of the Police Commissioner” features Jeffrey Wright, Mathieu Amalric, and Stephen Park, and follows the kidnapping of a police commisioner’s son. Bill Murray also stars as Arthur Howitzer Jr., the paper’s editor, while Owen Wilson appears in a short segment that introduces the film’s fictional setting of Ennui-sur-Blasé. 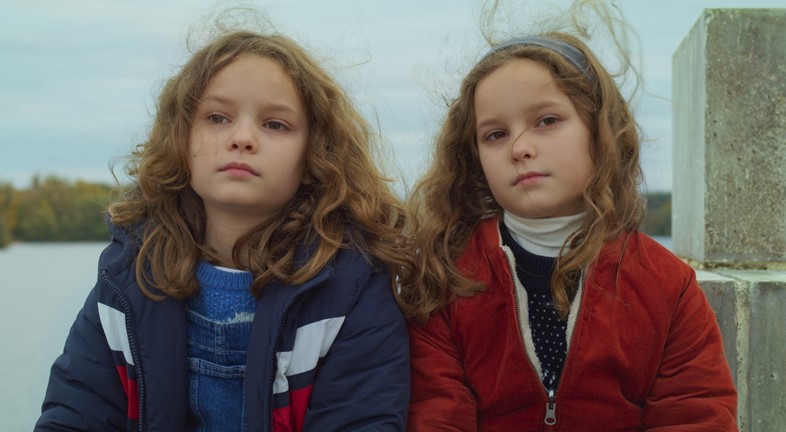 The film follows a young girl coping with the death of her maternal grandmother by bonding with her mother.  Eight-year-old Nelly has just lost her beloved grandmother and is helping her parents clean out her mother’s childhood home. She explores the house and the surrounding woods where her mother used to play and where she built the fort Nelly has heard so much about. One day her mother suddenly leaves, and Nelly meets a girl of her own age in the woods, building a fort. 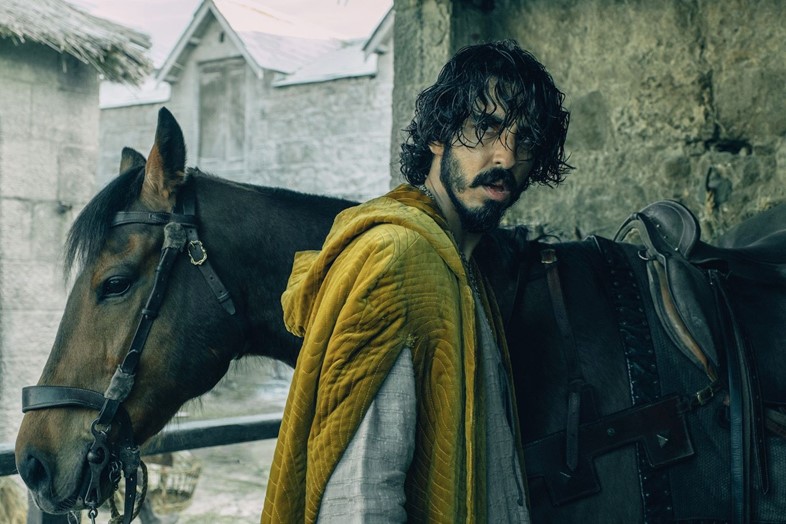 Green Knight is adapted from the 14th-century poem Sir Gawain and the Green Knight. The film stars Dev Patel as Gawain, a nephew of King Arthur, who sets out on a journey to test his courage and face the Green Knight. It also stars Alicia Vikander, Joel Edgerton, Sarita Choudhury, Sean Harris, and Ralph Ineson. 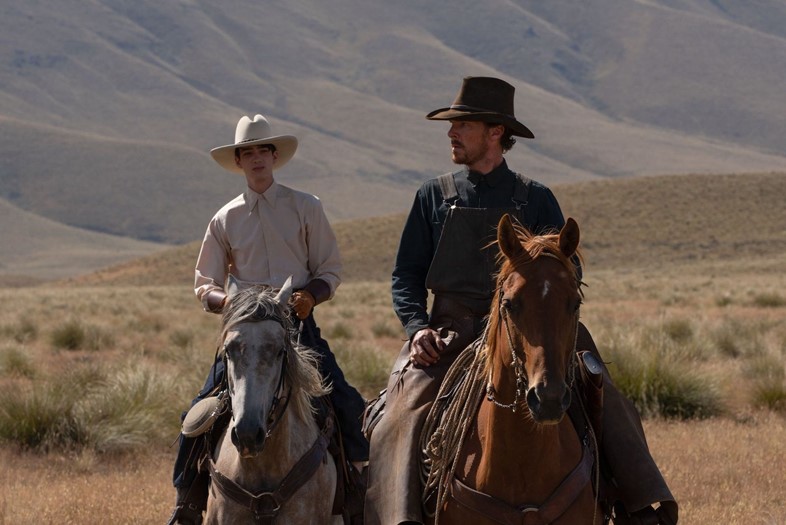 The Power of the Dog is a Western psychological drama written and directed by Jane Campion, based on the 1967 novel of the same name by Thomas Savage.

The film stars Benedict Cumberbatch, Kirsten Dunst, Jesse Plemons, and Kodi Smit-McPhee. Shot mostly across rural Otago.  The Power of the Dog deals with themes of love, grief, resentment, jealousy and sexuality. It is an international co-production between New Zealand, Australia, the United Kingdom, and Canada. The film 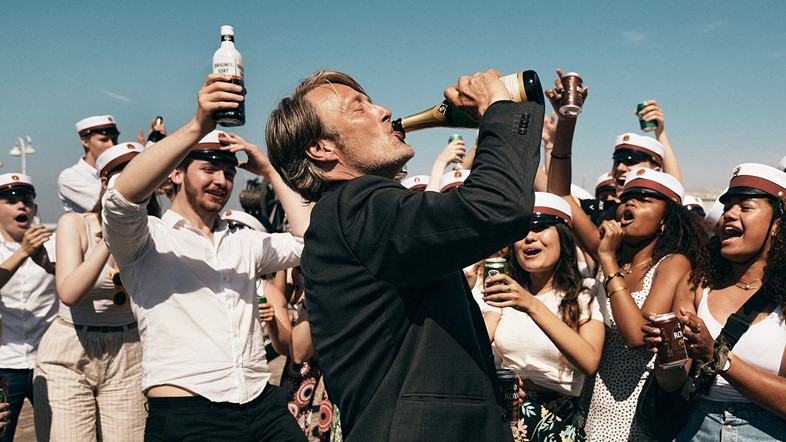 Another Round (Danish: Druk, “binge drinking”) is a 2020 black comedy-drama film directed by Thomas Vinterberg, from a screenplay by Vinterberg and Tobias Lindholm. An international co-production between Denmark, the Netherlands, and Sweden, the film stars Mads Mikkelsen, Thomas Bo Larsen, Magnus Millang, and Lars Ranthe. 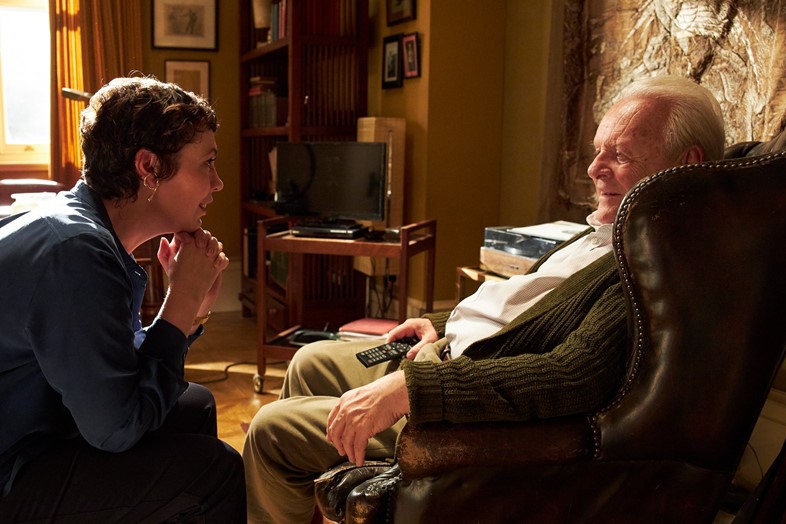 The Father is a 2020 drama film co-written and directed by Florian Zeller, in his directorial debut; he co-wrote it with fellow playwright Christopher Hampton based on Zeller’s 2012 play Le Père.

A French-British co-production, the film stars Anthony Hopkins, Olivia Colman, Mark Gatiss, Imogen Poots, Rufus Sewell, and Olivia Williams, and follows an aging man who must deal with his progressing dementia. It is the second adaptation of the play after the 2015 film Floride. 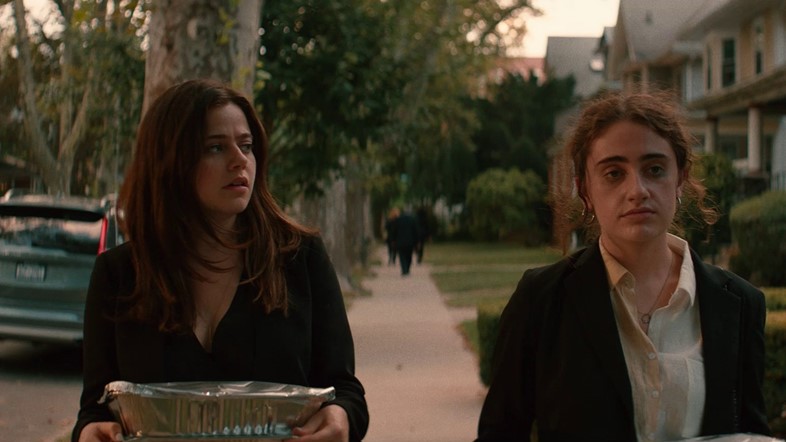 Shiva Baby is a 2020 comedy film written and directed by Emma Seligman. An international co-production of the United States and Canada, the film stars Rachel Sennott as Danielle, a directionless young bisexual Jewish woman who attends a shiva with her parents, Joel (Fred Melamed) and Debbie (Polly Draper). Other attendees include her successful ex-girlfriend Maya (Molly Gordon), and her sugar daddy Max (Danny Deferrari) with his wife Kim (Dianna Agron) and their screaming baby. It also features Jackie Hoffman, Deborah Offner, Rita Gardner and Sondra James in supporting roles.

Adapted from Seligman’s own 2018 short of the same name, Shiva Baby premiered online at the 2020 South by Southwest film festival, while its first public screenings were at the 2020 Toronto International Film Festival (TIFF), due to the COVID-19 pandemic. 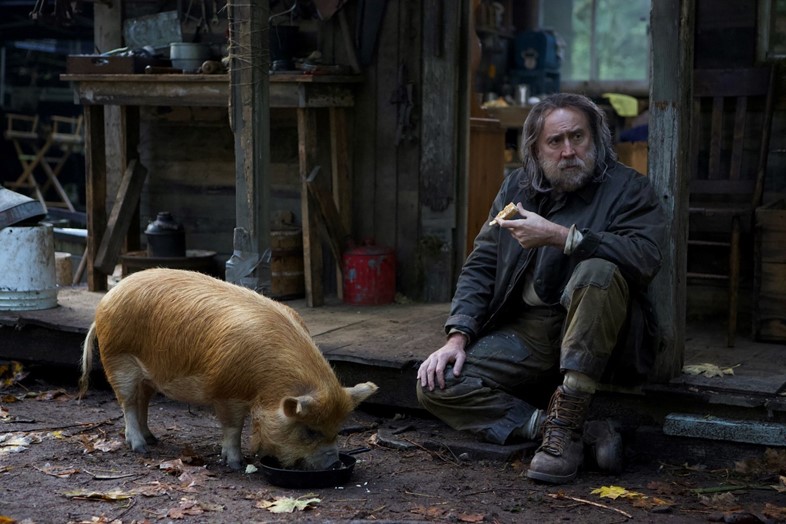 Pig is a 2021 American drama film written and directed by Michael Sarnoski in his directorial debut. It stars Nicolas Cage, Alex Wolff, and Adam Arkin, and follows a truffle forager whose beloved truffle-finding pig is stolen. It was released theatrically in the United States on July 16, 2021, by Neon. The film received acclaim from critics, who praised its direction and themes, as well as Cage’s performance. Cage received a nomination for Best Actor at the 27th Critics’ Choice Awards.

Robin “Rob” Feld is a former Portland-based chef turned reclusive truffle forager. Living in a cabin deep in the Oregon forests, he hunts for truffles with the help of his prized foraging pig. He sells the truffles to Amir, a young and inexperienced supplier of luxury ingredients to high-end restaurants. One night, Rob is assaulted by unidentified assailants as they steal his pig. David is a father of four in a rural Utah town who is currently separated from his wife Nikki. They have agreed to see other people during this period, and Nikki has begun a relationship with her co-worker Derek. One morning, David finds the two sleeping in their bed and contemplates killing them both with his gun